Hoanib - The Secrets of the Desert Elephants

The Namib, one of the most hostile deserts on Earth. Without a firm survival strategy, no living soul will make it here. Yet, surprisingly, some species have adapted their lifestyles to these extreme conditions: chameleons, beetles, snakes and mammals are all at home here.

The film follows a family of desert elephants that has also adapted to this habitat. Their bigger ears, which allow cooling down more effectively, as well as wide feet for walking the loose sands, distinguish them from the fellow species. Throughout many generations, they have developed a special knowledge in order to survive here: their instinct leads them to hidden water sources that are buried somewhere in the desert.

The homeland and lifeline of the desert elephants is Hoanib – one of the nine dry river valleys in Namibia. As the name suggests, these are not usual rivers: throughout most of the year, no water can be seen. However, the rich flora and lively fauna wouldn't mislead. Due to a complex underground system, water constantly flows along the riverbed – just not visibly. In fact, there is enough water to keep the area around in constant bloom.

The Hoanib is a natural wonder: it cuts through majestic mountain passes and endless deserted lands before it finally empties into the Atlantic. The Namib is the only desert in the world that borders with the ocean – and this can only add to the magic of the landscape. Luminous sand dunes overtop the Atlantic by over three hundred meters. It is the ocean that makes life possible here. Every morning, as the humid breeze spreads inland, thick ghostly fog embraces the dunes. At this time, many insects and lower plants start their daily quest for refreshment, often using truly amazing tricks to get the most of the moisture.

However, it is thanks to the dry river valleys that higher living creatures can also make their way further into the desert. These valleys, like highways, cut across the sands providing major migration paths for all kinds of animals. Yet the most important habitants are the elephants. In constant search of nutriment and water, they keep the Hoanib's ecosystem in balance. Insects' eggs thrive in their dung, their footprints serve as base for spider webs, and it is only thanks to their strength and intelligence that time after time new underground sources can be discovered and burst open.

The quest, however, is never easy, especially for the young ones. Using the last of his strength after days of wandering, a little elephant can hardly pull his legs out of the deep sand. He needs water immediately – but there is only sand as far as the eye can see. Close to dying of thirst, he cannot believe when finally bushes and trees, gleaming, appear on the horizon. The elephants are running faster and faster, till they finally reach the green, the oasis – the riverbed of Hoanib.

The elephant family is our “common thread.” Together with them, we get to know the valley of the Hoanib: from the rocky mountains, through the burning Namib desert, up to the Atlantic. From dry and extremely hot spring till the redeeming winter rains; from desert and monotonous sands to the gorgeous sea of blossoms – the Hoanib has all to offer. A journey through the wonders of the Hoanib! 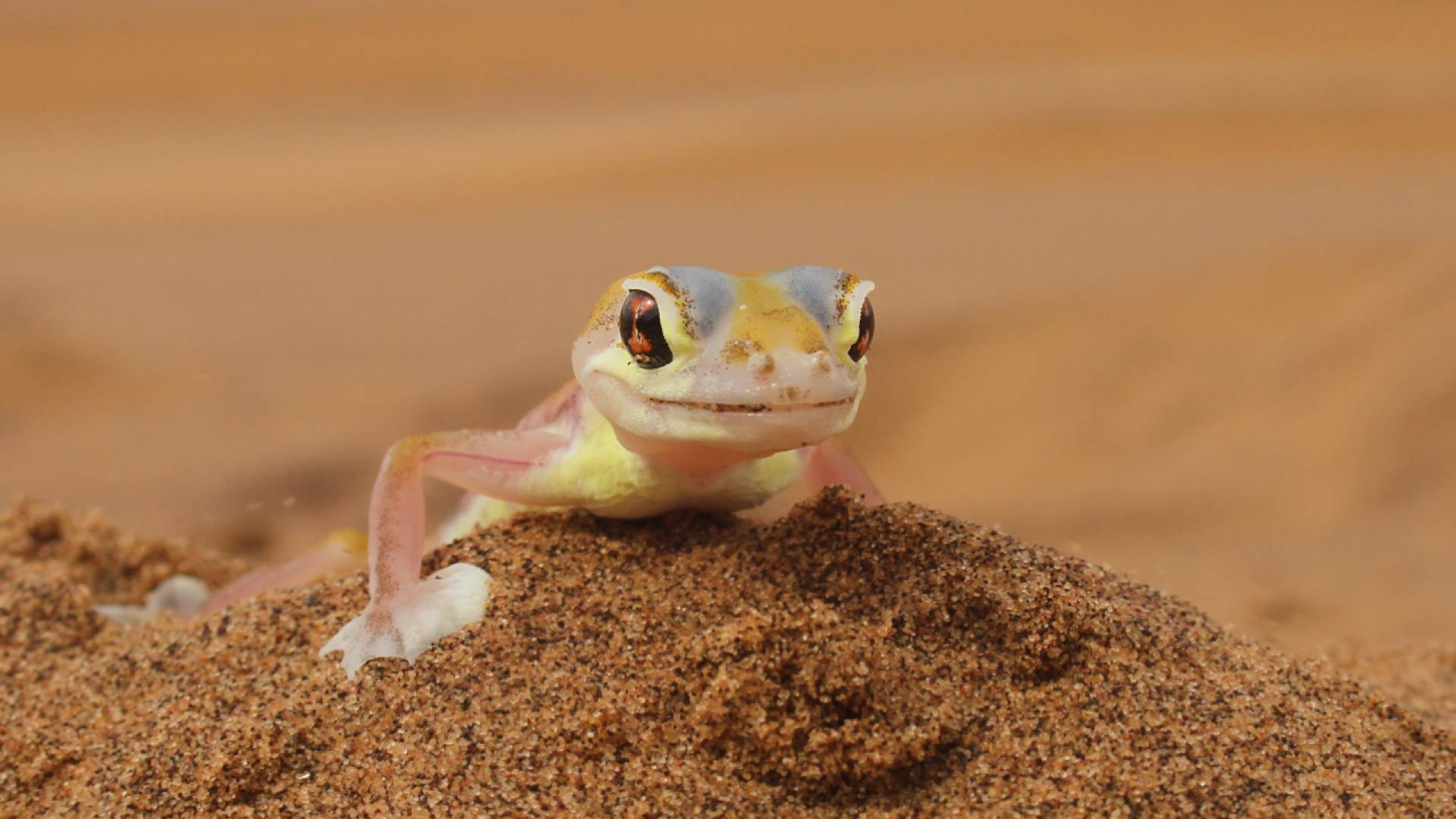 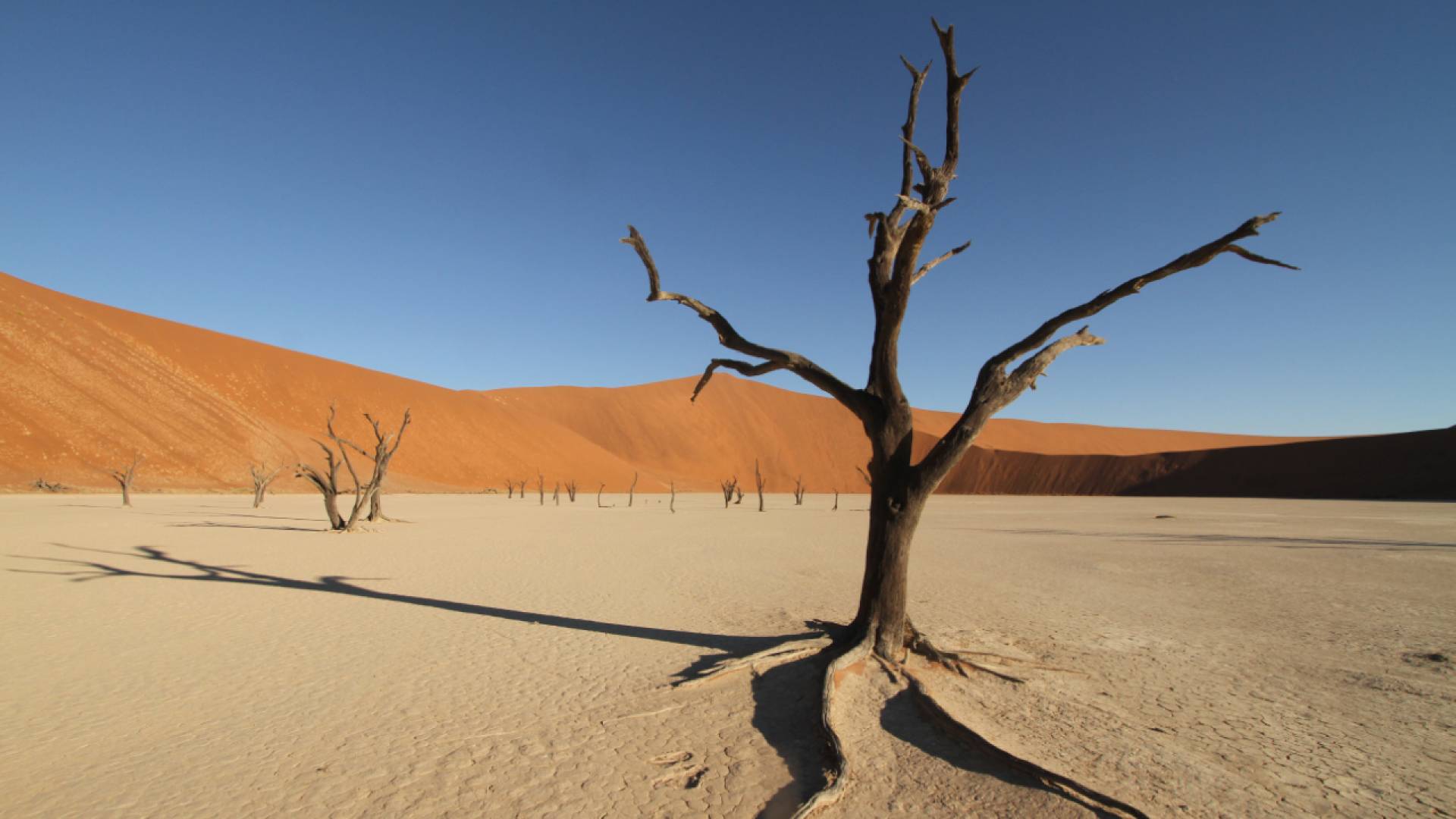 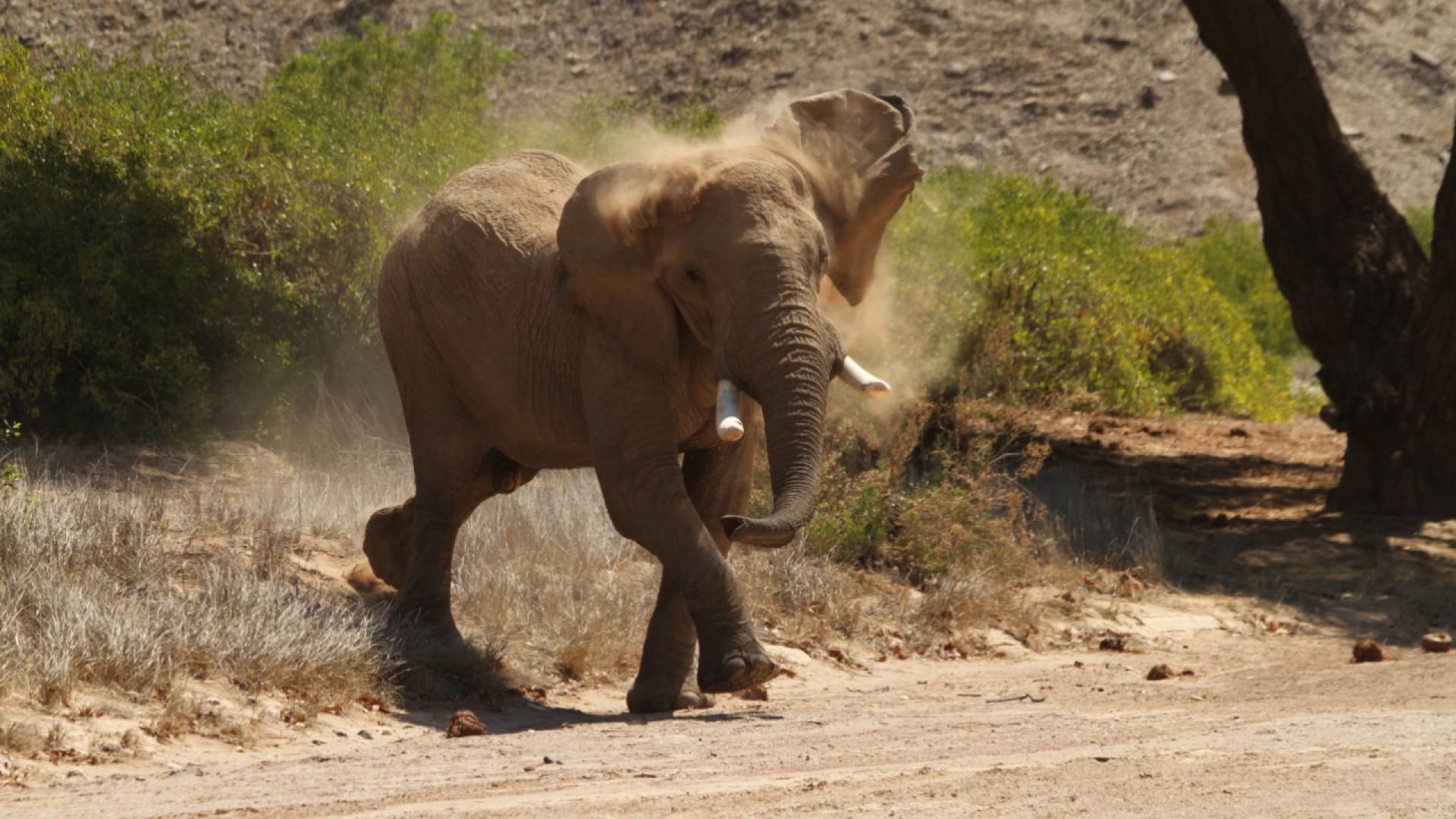